Bare for Brave - My thoughts on the Mentality fiasco

I wanted to wear my nails bare, to show my support for those brave ladies that showed their affected bare nails, in order to warn us about the damage that some Mentality Polishes have caused.  I'm not going to write some bs about how it 'allegedly' causes nails to look burnt.  I noticed that some of the articles out there, including the ones from famous magazines, are using the word allegedly.  I want to make this clear for my readers.  These are not just allegations that can be brushed away, these are facts.  All the ladies who have posted severe nail damage have one common denominator: they have used the indie brand Mentality.

We are not "freaking out", we are genuinely concerned for the health of these people who used those products. Ever since I found out, I thought about this issue every day, and I wanted to find a way to talk/write about it.  I just couldn't find the words to express my frustration.  I thought to myself what would I do if that happened to me? And what about all the guilt that they must be feeling for doing what they simply love?  I know that feeling, and it's not a fun one. Today, I want to thank them publicly, for doing what they did, for posting those pictures of their bare nails, and raising awareness.

I am angry.  This is the word that most accurately sums up my opinion about this horrible ordeal. Not only am I angry at the way that the company has handled this situation, but I am angry at how deceiving one can person be, and ruin people's trust.  When they state that they have tested their nail polish while they're making it, because it simply splashes onto their clothes, I get angry. When they post new sales and swatches, and new gel polishes, I get angry and sad.  I feel really bad for anyone who is starting up a new indie polish company, because thanks to Mentality, no one is going to want to venture with newer brands anymore.  The indie community was already in decline and this was a stab in the heart.

I could really go on about all the things that sum up my reaction and feelings, but this post is about supporting those bloggers and customers who have posted the truth, and have opened our eyes.  Thank you. 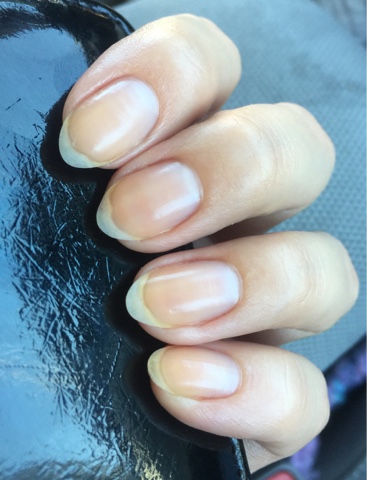 Posted by Sparkly Vernis at 7:00 AM

Email ThisBlogThis!Share to TwitterShare to FacebookShare to Pinterest
Labels: uncategorized