Up Colors Banho de Mar! is flakies for blue lovers

Time does fly, I meant to post this yesterday, but never got around to it.  This has blue and green flakies that shift to blue.  It looks great over dark purples, but here I have it over navy blue.  I thought they weren't as packed as other Brazilian flakies that I've tried before, but they were ok.  Some of the flakies are a bit big, but the overall look is nice, you'd have to look really close to notice.  With this layering combination, I expected the glitter in Meteor Shower to show through, like with this one, but the flakies completely took over. 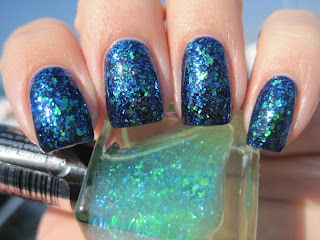 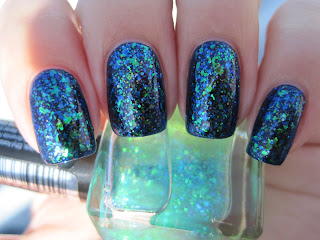 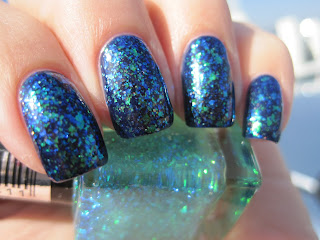 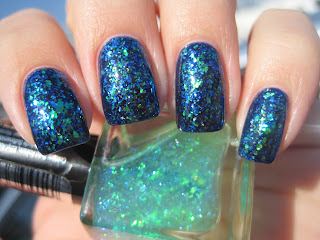 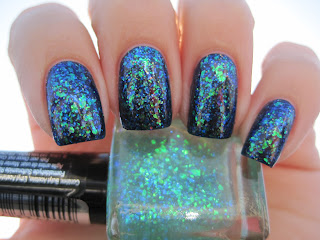 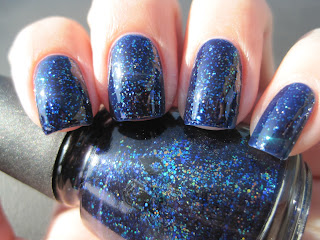 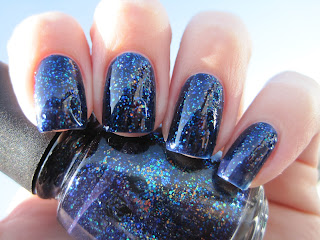 Posted by Sparkly Vernis at 1:00 PM